Tommy Carruthers has over 30 years experience in the martial arts which includes training in military self-defence techniques (taught to him by his father), Judo, Jiu-Jitsu, wrestling, Karate, boxing, Ving Tsun (four years with Nino Bernardo's clan), Non-Classical Gung Fu and finally Jeet Kune Do. Whilst training in western boxing, Tommy made something of a name for himself and became the subject of several tempting offers to turn professional. "But still to Tommy, even though he seemed to excel in boxing, it was not JKD." (taken from Fighters Magazine, July 1997).

Frustrated with an absence of Jeet Kune Do clubs in his area, Tommy began to train by himself, pushing himself to the limits and along the way reading and assimilating absolutely everything that was around on JKD. He attended various JKD seminars in Europe but remained unimpressed. "I felt that what they were teaching would not work on the street, and it is in that arena that the truth comes out". Eventually he came across an article on Gary Dill in an American Kung Fu magazine. Everything in the article he agreed with so he took the plunge and phoned him up. Gary Dill was a student of the late James Lee, one of Bruce's own students. Taking the plunge he phoned him up and the upshot was that he was invited to America by Dill to train as a JKD instructor on an intensive course." 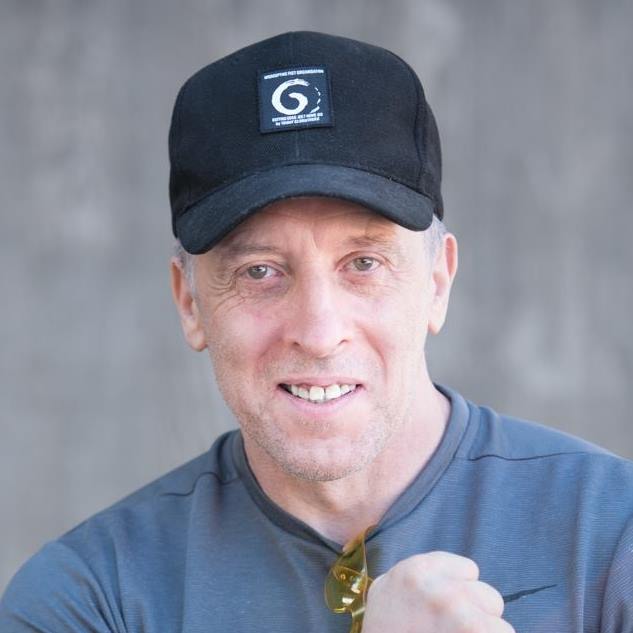 Later he came to the attention of Jesse R. Glover, Bruce Lee's first student and assistant-instructor. Glover then recommended Tommy to one of Bruce Lee's best and most highly respected students of his Oakland era, Howard Williams, as well as Bruce's last private student and protegé Ted Wong. It was also Mr Wong who awarded Tommy with an instructor ranking and eventually, Tommy was formally recognised by the JKD Nucleus (Bruce Lee Educational Foundation) at a formal dinner party with over 200 guests from around the Jeet Kune Do scene. In more recent years, Tommy has continued to train and build ties with many respected JKD practitioners from around the world such as Tim Tackett and original Bruce Lee student, Bob Bremer.

Over the years, Tommy Carruthers has acquired a reputation as being a very practical martial artist whose grueling training schedules alone would put most other athletes (from any sporting background) to shame. Tommy's affinity to simplicity and realism are almost certainly the result of being brought up in the rough streets of Glasgow's East End, where employment levels are low and violent crime rates are high.

In 2002 Tommy was invited by the Chinese Boxing Association Switzerland to come to Geneva to give a public demo of his talent live on stage at the SWISS EXPO. He has also recently appeared on several biographic Bruce Lee DVDs within a special feature called "In the footsteps of the Dragon", narrated by Jesse Glover.

What others have said:

"When Tommy is on he reminds me of Bruce when I knew him. The first time that I saw him I told him that he punches like Bruce. Tommy is also a very powerful kicker. He has Bruce like speed and power and is more flexible than Bruce was.

If Tommy landed a full force strike in the center of a person's chest there is a chance that their heart would stop. He transfers an amazing amount of shock with his strikes. He has taken Bruce's ideas and turned them into a functional reality." - Jesse Glover (Bruce Lee's first student)

"I've not met anybody on par with Bruce Lee except for Tommy Carruthers, who is better than Lee in some respects.

Let me say that Tommy is Bruce Lee #2, hands down. This is the baddest man around. I don't give out props lightly, so take note. There's a new martial star, and his name is Tommy Carruthers. If you are looking for a standard of excellence, look no further than this dude." - George Tan (Bruce Lee historian/film producer)

"Tommy is a great JKD'er. But most important his students were also very good. This is important, because not all great martial artists can teach. Tommy can." - Tim Tackett, (JKD instructor of the Wednesday Night Group of Redlands, California)

This website uses cookies to improve your experience while you navigate through the website. Out of these, the cookies that are categorized as necessary are stored on your browser as they are essential for the working of basic functionalities of the website. We also use third-party cookies that help us analyze and understand how you use this website. These cookies will be stored in your browser only with your consent. You also have the option to opt-out of these cookies. But opting out of some of these cookies may affect your browsing experience.
Necessary Always Enabled
Necessary cookies are absolutely essential for the website to function properly. This category only includes cookies that ensures basic functionalities and security features of the website. These cookies do not store any personal information.
Non-necessary
Any cookies that may not be particularly necessary for the website to function and is used specifically to collect user personal data via analytics, ads, other embedded contents are termed as non-necessary cookies. It is mandatory to procure user consent prior to running these cookies on your website.
SAVE & ACCEPT